Are you having trouble understanding RPA software and its benefits? In this article discover 10 unbelievable facts about RPA software. 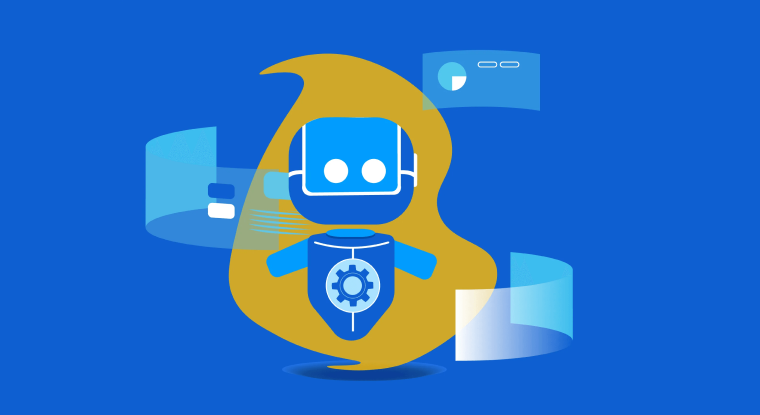 RPA stands for Robotic Process Automation. As explained by CIO, It is an automation software solution that automates tasks normally performed by humans interacting with data between systems. RPA is an application of technology in a system guided by business logic alongside structured inputs to automate business processes.

“The most unfortunate people are those who must do the same thing over and over again, every minute, or perhaps twenty to the minute. They deserve the shortest hours and the highest pay.” - John Kenneth Galbraith Emphasizing the importance of automation in better employee experience, these are the issues RPA software attends to.

With RPA, users create software bots with the bot creator, that can learn, mimic, and then execute rules-based business processes. RPA automation enables users to create bots by observing human digital actions. Show your bots what to do, then let them do the work. The RPA bots serve as a form of a digital workforce that can interact with any system or application. They are very easy to set up, use, and share.

Facts You Should Know About RPA Software

More often than not, most individuals have a misconception about RPA software. Because it is also known as software robotics, some people confuse it with robot software. This Tweet explains what RPA is and what it is not. Furthermore, some businesses can’t quite come to the full realization of their true value offerings and as a result, we have come up with ten unbelievable facts about one of the best RPA software such as BotPath. They include the following:

1. It is an Automation Software Tool

Put simply, RPA software like BotPath helps automate manual activity for the delivery of business processes or IT services by replicating the actions of a human being interacting with the user interface of a computer system. This is possible because of features like the visual builder.

As an automation process, it involves three major elements all of which are very essential. They include The robot/bot, console, and studio. The software utilizes the aforementioned bots to automate routine tasks that would normally have been performed by a company's employees within the company's software applications. Such products as BotPath are used to save time and eliminate the need for human employees to conduct time-consuming, repetitive, and tedious tasks. RPA tools should not be confused with AI or ML, it is a software meant for implementing automation of routine operations within an organization. 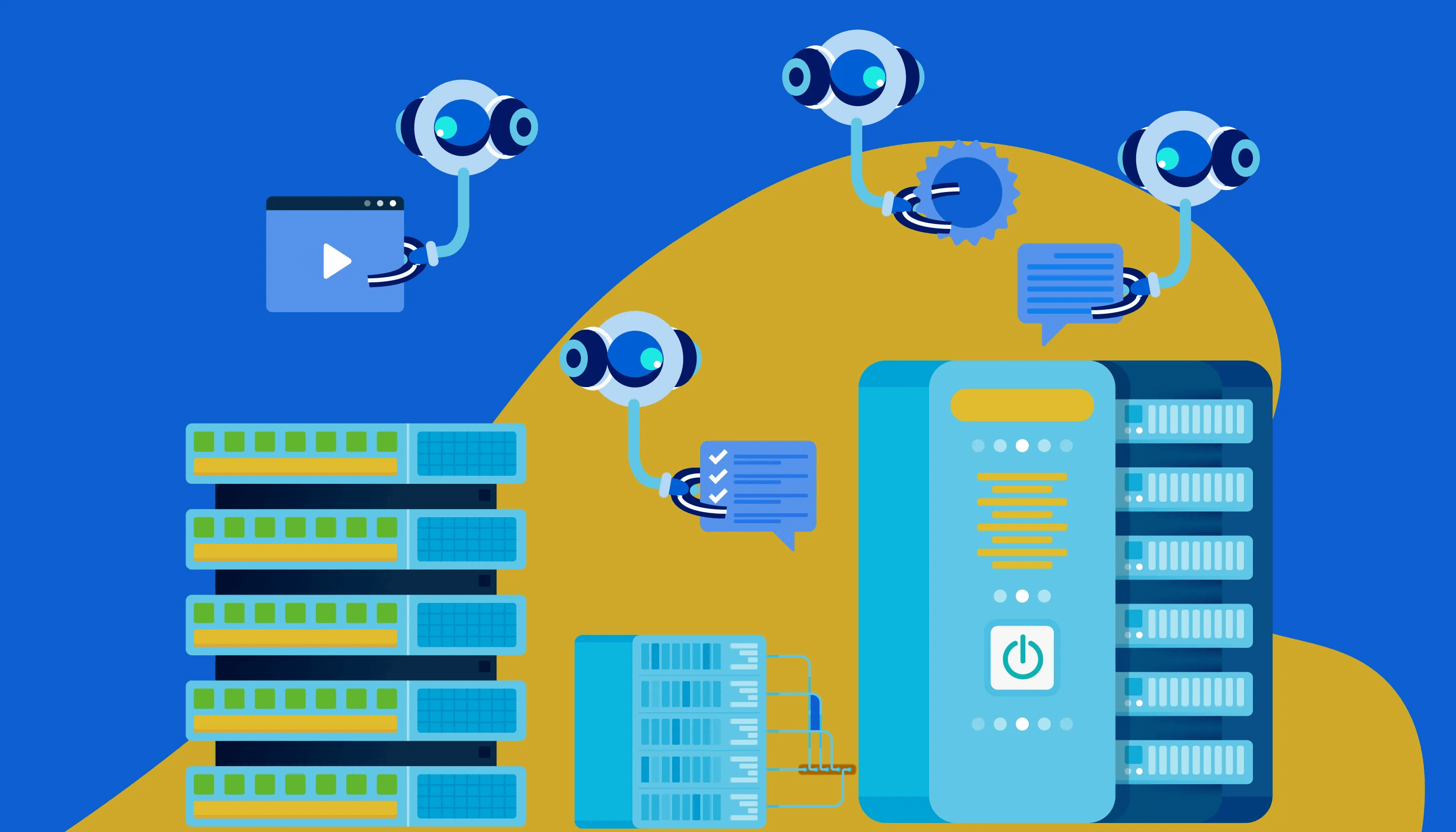 “Automation is good, so long as you know exactly where to put the machine.” - Eliyahu Goldratt

Implying that the process of using an RPA requires a start and stop by human effort. Although RPA software is designed to carry on with certain activities like data management without requiring human input, however, before they commence, an electronic input or trigger is required. RPA software is best applied to rules-driven, data-intensive processes that are somewhat repetitive (common examples include . execution of data entry into SAP or a full end-to-end business process). It functions in a way such that major junctions throughout the routine have been carefully thought out in writing the software. However, that software also retains the start and stop pushbuttons; what this means is that it doesn’t just run on its own, instead it requires an electronic input or trigger to commence working as well as to stop working.

There is a widespread misconception that RPA is either too complicated, too costly, too technical, or simply too difficult, for small or medium-sized businesses to put in place. However, that is all that it is; a misconception!

The mere fact that RPA gets things like task capture done without human intervention tends to confuse most people. They feel RPA is very similar to Artificial Intelligence or Machine learning. However, the fact that as of now the robots do not self-learn or resolve errors by themselves negates this.

Furthermore, in very clear terms, RPA is a software robot that mimics human actions, whereas AI is the simulation of human intelligence by machines. The key differences between RPA, AI, and ML are illustrated in this Image For more clarity, RPA is associated with “doing” whereas AI and ML are concerned with “thinking” and “learning” respectively. The three concepts are all parts of a continuum known as IA (Intelligent Automation). 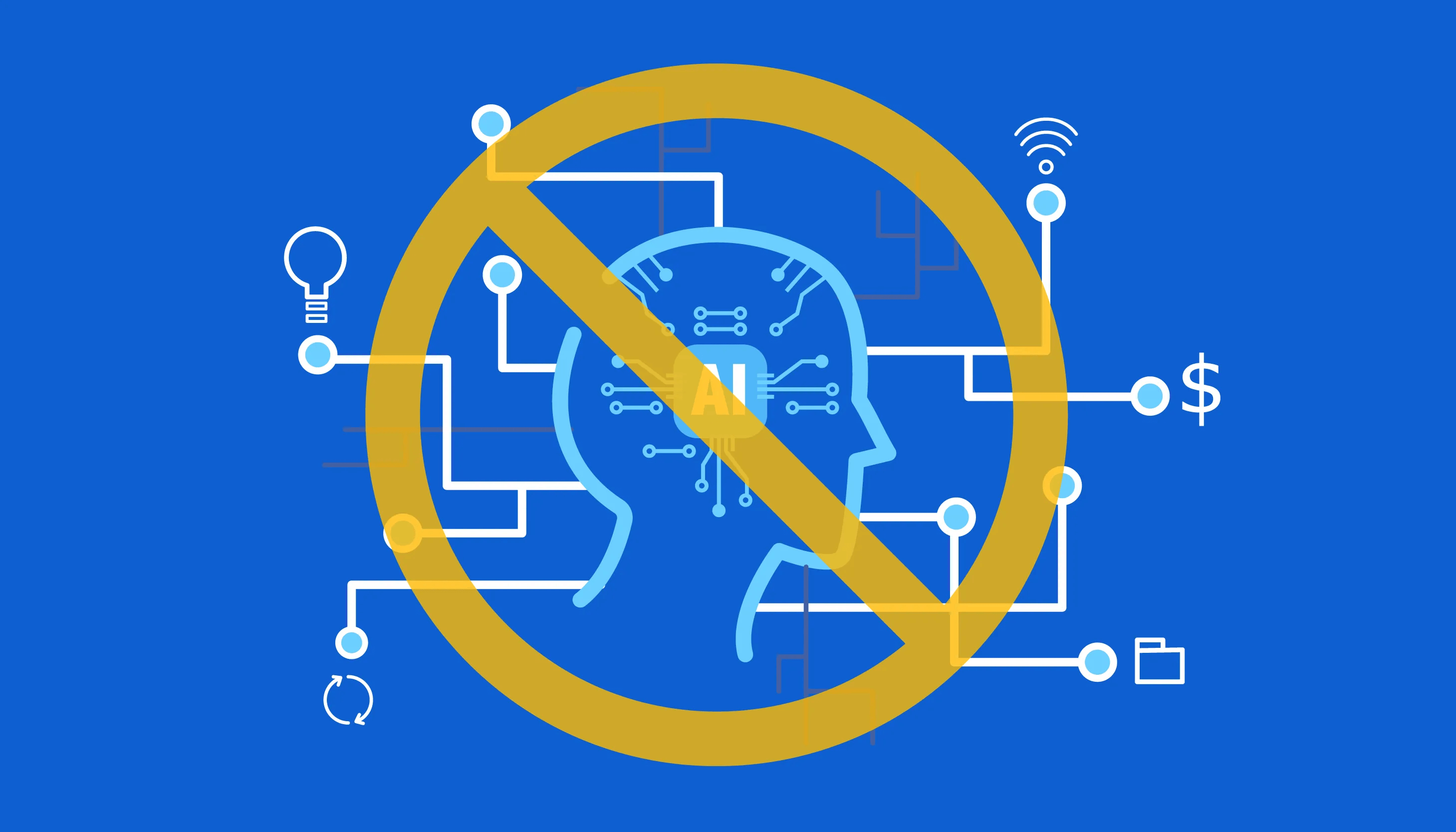 How RPA software can automate repetitive processes follows four major stages namely; data input, validation, core process, and output. Generally, In an RPA project, data sources are usually text or Excel files so When the bot is retrieving the files, it will need to save the data source in a local machine or environment before extracting data into variables that are readable and changeable by the bot itself. After extraction, data cleaning and validation are necessary because For the bot to execute a task smoothly, the data used by the bot must be clean and ‘acceptable’ by the system or application. This process is shortly followed by Data update and entry. The last step is the processing of results, A typical RPA task usually ends with the bot providing the user reports.

Following the agile approach can help make RPA development easier as RPA can become very dynamic due to the integrations of multiple platforms at one time. The system development life cycle is a project management model that defines the stages involved in bringing a project from inception to completion. RPA software for clarity and tracking progress has all the stages of implementing the RPA software in any organization outlined from start to finish. Systems development life cycle phases include planning, system analysis, system design, development, implementation, integration and testing, automation building, and operations and maintenance.

One of the best RPA software like BotPath is built to meet enterprise IT requirements for security, scalability, auditability, and change management. As such, it is enterprise safe. The best RPA software solutions are expected to put into consideration the security risks. Most times, the implementation is done on top of the UI, it doesn’t tamper with major and core organizations' software and algorithms. 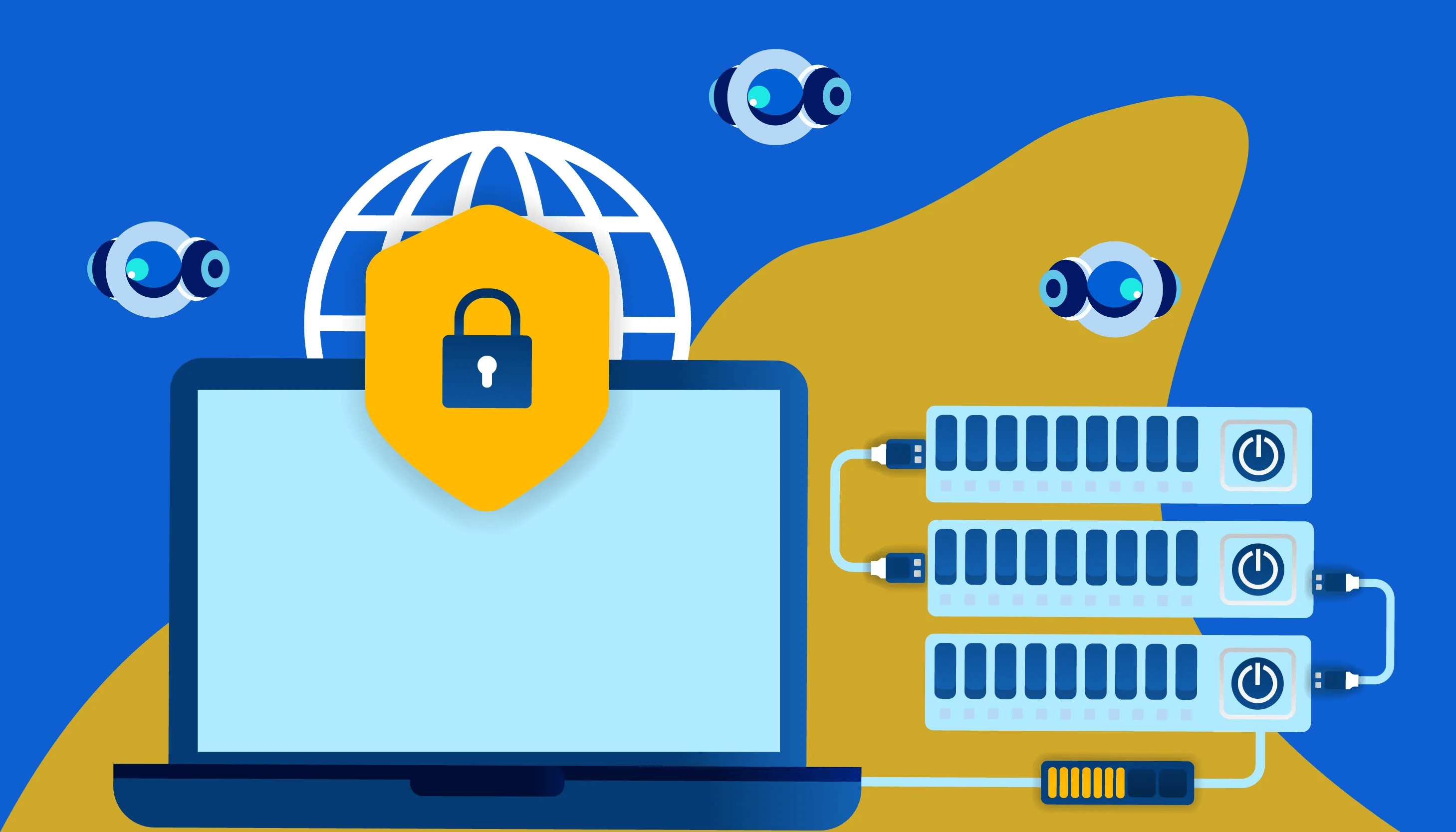 Following the same stages, rpa software can cross multiple systems and include multiple decision points/calculations so much so that it can work in different instances and scenarios. RPA as a concept is centered around “doing” routine processes I.e repetitive events that do not require judgment or intelligence. As a result of this, with a little bit of tweaking and adjustments, RPA software can function in different scenarios, use cases, and instances.

9. It is Business User-friendly

For starters, RPA software help to automate manual processes that would otherwise have to be done repeatedly by human effort thus saving time and other resources, so it is business user-friendly. Factors such as ease of implementation majorly play a major advantage to the organization business-wise. The fact that there is no need for too much technicality is also an important factor responsible for this. One of RPA’s main testaments that makes it so appealing is that the solutions are designed to be used by businesses rather than by IT developers to rapidly digitize processes - delivering significant value in short timeframes. RPA is an operational tool and it enables organizations to build and deploy processes for automation at the business unit level.

10. RPA is very ideal for workflow and data-driven processes

RPA is best suited for processes that have a set of business rules as well as well structured data programmed to either start or stop at designated points. RPA automation can be used to automate workflow, infrastructure, and labor-intensive back-office processes. Furthermore, RPA is capable of automating processes as simple as a copy-paste or typing activity to those as complex as fraud detection or accounts payable. So far workflow can be established and there are adequate data to be worked on, RPA software would suffice.

There’s a lot of RPA Software in the market for workflow automation. Some are more suited for some processes than others. It is worthy of note that making use of and implementing RPA software is a means to an end which is a better, faster, and more efficient organizational process. Therefore, making use of any RPA software must be able to guarantee this. In a nutshell, the best RPA software for a particular process might not be the best for another slightly different process even though RPA software can perform in multiple instances.

Also, to ensure this, it is highly imperative to know which processes to apply RPA to in the whole organizational process.

Baring all this in mind, it is important to note that: “The first rule of any technology used in a business is that automation applied to an efficient operation will magnify the efficiency. The second is that automation applied to an inefficient operation will magnify the inefficiency.” According to Bill Gates of Microsoft Implying that the success of RPA software in any organization is highly dependent on the efficiency of the operation in itself.

RPA is an emerging technology that helps automate business processes that require little or no human judgment and can be implemented by just any organization right away. It involves the use of “robots” whose job is to ultimately get people out of the repetitive routine to have time for more analytical and meaningful work.

Because the widespread use of RPA is just beginning to pick up, there are still lots of unheard facts around them. In this article, we have been able to correct the misconception that AI, ML, and RPA are the same thing. Also, the robots in RPA have been further broken down for easy assimilation. It should also be known that RPA Software follows the SDLC (System development life cycle) which makes process tracking and quality assurance very easy and efficient.

According to Gartner Worldwide RPA Software Revenue to Reach Nearly $2 Billion in 2021 and we need to be prepared for that growth which is why we need to get as enlightened as possible about everything and all the facts in and around RPA Softwares and their implementation.

Certain uncertainties about RPA especially RPA software like BotPath Have been made clear in this article. Get prepared to automate manual processes in your organization with features like bot builder.

Unbelievable pricing - the lowest you will ever find

How to Use Chrome Web Scraper Extension to Extract Data?

These days, you need to be one step ahead of everyone else due to the competitive nature of every activity. In our fast-paced world, you need data, statistics, and information about the newest technological trends. Although there are other techniques to obtain this data, web scraping is a dependable and simple method to do so.

A business can set up the software, or a "robot," to record and interpret applications for handling transactions, altering data, eliciting replies, and interacting with other digital robotic process automation systems.

4 Effective Ways How SMBs Can Benefit from Automation

The purpose of SMBS automation is to increase productivity and increase the value of a business by automating repetitive tasks.

This article explains to you the benefits and future of intelligent automation.

This article briefs on how Robotic Process Automation helps your business and the advantages of using RPA and how BotPath is helpful.

Using RPA, you can automate tasks. Numerous assumptions have been made about RPA. Discover benefits of digitizing documents for small businesses.

Get Started with 500apps Today

Botpath is a part of 500apps Infinity Suite